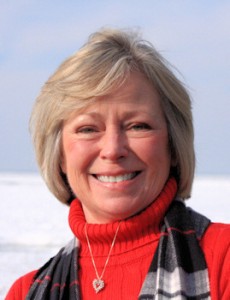 Susan Frances Dunham, born in Cleveland, the first of two “later in life,” and unexpected children, spent her pre-school years living in an apartment above her father’s furniture store on Lorain Avenue.  “Joe Ralph Furniture” was a profitable but mostly a family operation, with her mother the bookkeeper and older siblings helping with manual labor.  Susie spent all of her early summers in a cement block cottage on the shores of Lake Erie.  Eventually, her father was hired as a manufacturer’s rep in the furniture industry and her family moved to Port Clinton, Ohio, a small town on the shores of Lake Erie.

Susie graduated from Port Clinton High School in 1972, and later graduated from Sandusky School of Practical Nursing in 1976.  She worked as a nurse for three years in a hospital environment, five years in a nursing home setting and two years as a private duty nurse.

In 1982, she married Markus Dunham, a math teacher, and in 1984, their only child Michael was born. After ten years in nursing, Susie spent another decade as a medical sales-rep.  She now works as a manufacturer’s rep in the furniture industry, following in the footsteps of her family.

2 thoughts on “About Susie”

This site uses Akismet to reduce spam. Learn how your comment data is processed.